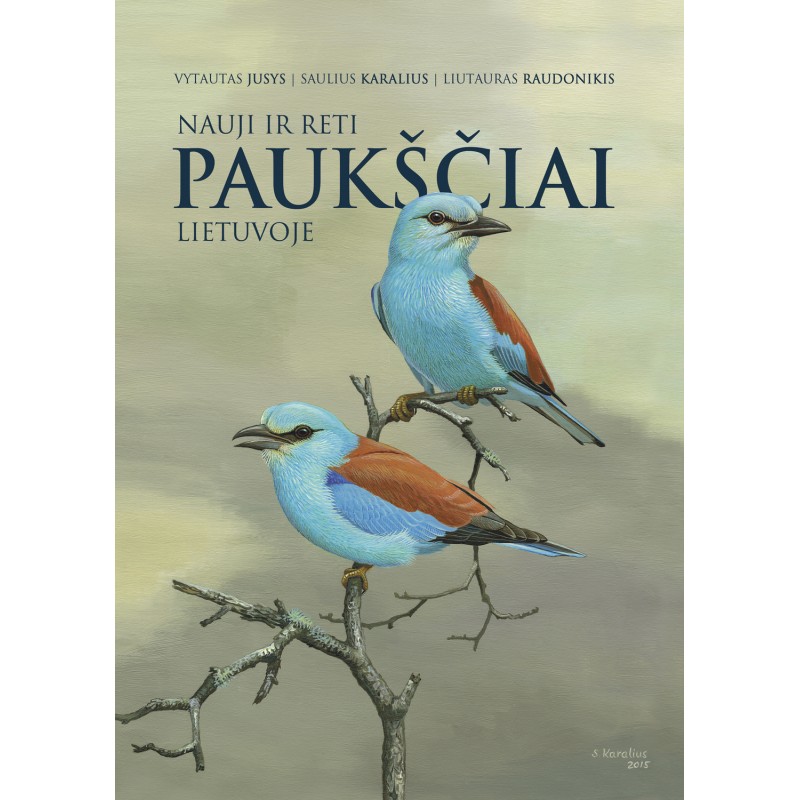 New and rare birds in Lithuania

Three members of the Lithuanian Ornithological Society (LOD) and Lithuanian Rarities Committee, who several decades collected data on the bird fauna of Lithuania, prepared the manuscript of the book “New and rare birds for Lithuania”. The LOD covered publishing costs of the book.

This book is a publication providing a detailed data on all rare and new bird species of the country for the last 100 years. Therefore, it can be dedicated to the occasion of the centenary of the restoration of independence of the Lithuania.

During the preparation of the book, all the available published data on the facts of rare bird observations in Lithuania were used. Apart from this, the unpublished information from individual observers' diaries was gathered, for which the authors of the book are very grateful. All the collected material is sistematized, graphs reflecting more frequent species observation regularities are prepared, and the information on the phenological peculiarities of individual species registrations is provided.

From all 393 bird species found in Lithuania by October 2017, 173 species observed first time in the country (some of them long time ago, others - lately) are described in this book. Also, the species having been common once and having become very rare lately. The book also contains currently widespread bird species first found only in 20th century, as well as bird species always noted as rare. The book presents the history of the discovery of these species in Lithuania, the chronology of observations, the abundance in the distribution area and neighbouring countries and assessments for future perspectives in the country.

Book is in Lithuanian with short summaries for each species.